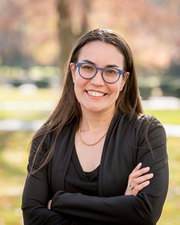 I am associate professor of Political Science at the University of Notre Dame, with a Ph.D. from the from University of California Berkeley. I am also concurrent faculty at the Keough School for Global Affairs. Before joining Notre Dame’s faculty, I was a post-doc at the University of Chicago. My research examines Russia’s post-Soviet political and economic transformation and engages with questions how we study market creation in this context and beyond.

My projects have been supported through research funding from Notre Dame and various external funding sources, including the Swiss National Science Foundation, the European Commission/Marie-Curie Actions, the Swedish Collegium for Advanced Studies and the Neubauer Collegium for Culture and Society. During the 2018/2019 Academic Year I was a EURIAS Fellow at the Swedish Collegium for Advanced Studies. I am now working on a a project on post-Soviet rural recoveries funded by the Östersjöstiftelsen.

My first book Post-Soviet Power: State-led Development and Russia’s Marketization (2015, Cambridge University Press) examined the political economy of newly created electricity markets in Russia, suggesting that the Russian government is actively involved in shaping market institutions. The book was awarded honorable mention in the 2016 Ed. Hewett Book Prize for an outstanding monograph in political economy, by the Association for Study of Eastern Europe, Eurasian and Slavic Studies (ASEEES).

My second book, Black Earth, White Bread: a Technopolitical History of Russian Agriculture and Food (forthcoming fall 2021, University of Wisconsin Press) documents far-reaching changes on Russian farms, along with their effects on ordinary people and for successive political regimes in the 20th and 21st century.

Apart from electricity and agriculture, I have published on many other aspects of the post-Soviet transformations - on the effects of sanctions, on welfare reforms and on shifting themes in public discourse. My publications have appeared in Governance, Governance and Regulation, Economy and Society, Studies in Comparative International Development, Slavic Review, Europe-Asia Studies, Post-Soviet Affairs, Laboratorium, the Russian Analytical Digest and the Chicago Policy Review (see research page).